• On a 8×8 grid it is possible to select at most 34 points in such a way there are no 4 points which are the vertices of a square. 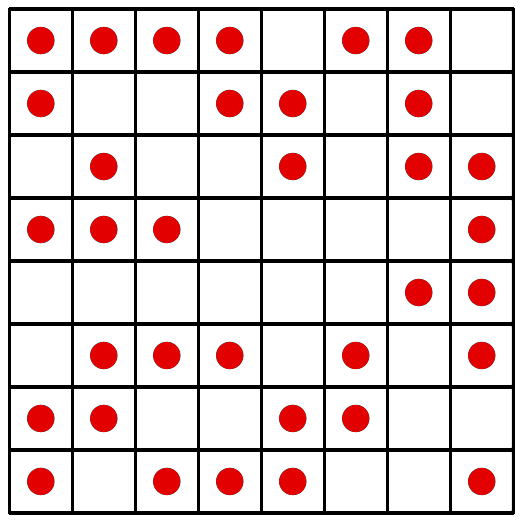 It is the 9-th Fibonacci number F9.

34 is nontrivially palindromic in base 4 and base 16.

34 is an esthetic number in base 6 and base 10, because in such bases its adjacent digits differ by 1.

It is a semiprime because it is the product of two primes.

It is an interprime number because it is at equal distance from previous prime (31) and next prime (37).

34 is an undulating number in base 4.

It is a panconsummate number.

A polygon with 34 sides can be constructed with ruler and compass.

34 is a deficient number, since it is larger than the sum of its proper divisors (20).

34 is a wasteful number, since it uses less digits than its factorization.

34 is an evil number, because the sum of its binary digits is even.

The sum of its prime factors is 19.

The spelling of 34 in words is "thirty-four", and thus it is an aban number and an eban number.