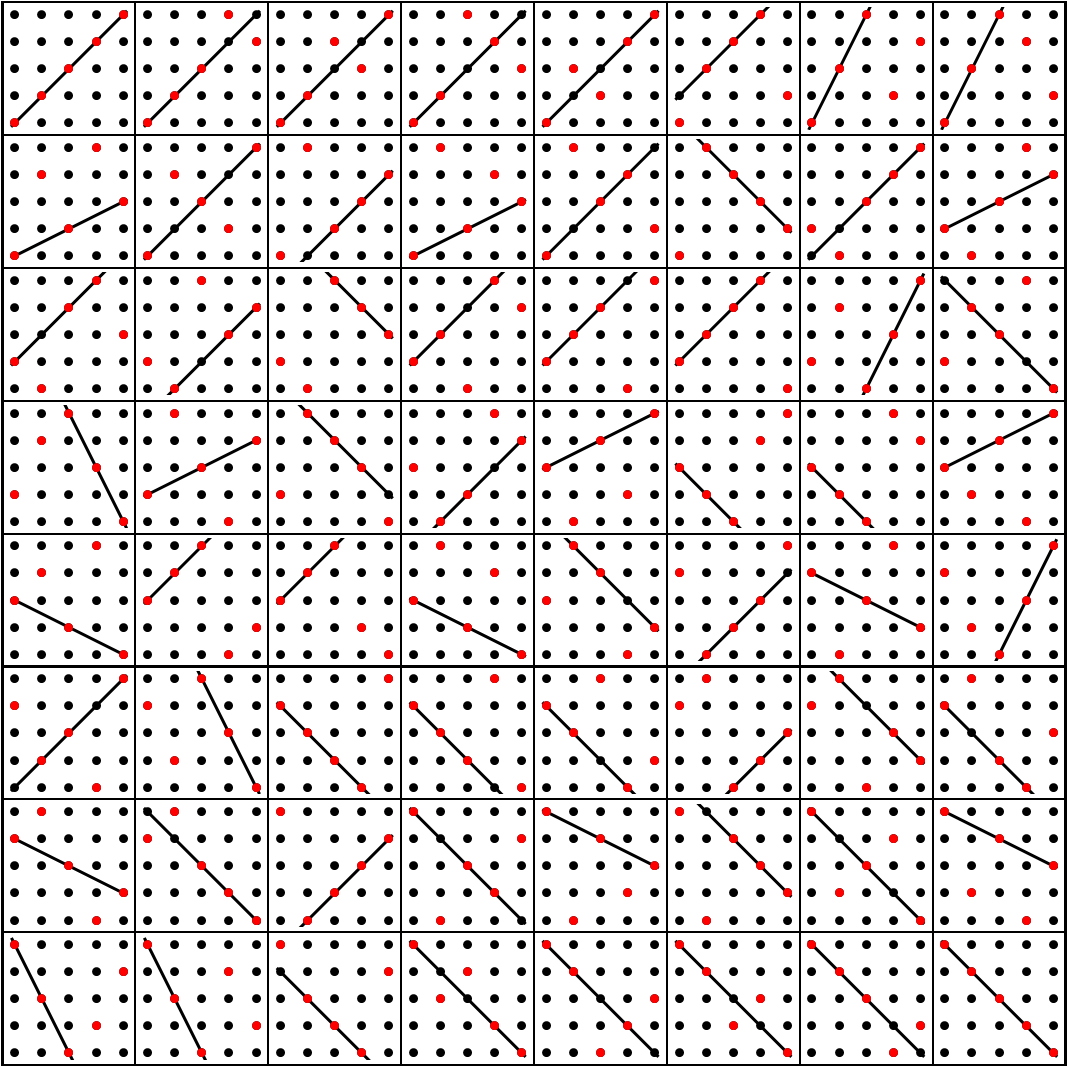 It is a perfect power (a square, a cube, a 6-th power), and thus also a powerful number.

64 is nontrivially palindromic in base 7 and base 15.

64 is an esthetic number in base 3, base 7 and base 12, because in such bases its adjacent digits differ by 1.

It is an interprime number because it is at equal distance from previous prime (61) and next prime (67).

It is a cake number, because a cake can be divided into 64 parts by 7 planar cuts.

It is a Duffinian number.

64 is an undulating number in base 7.

Its product of digits (24) is a multiple of the sum of its prime divisors (2).

It is a self number, because there is not a number n which added to its sum of digits gives 64.

It is an upside-down number.

In principle, a polygon with 64 sides can be constructed with ruler and compass.

It is an impolite number, since it cannot be written as a nontrivial sum of consecutive naturals.

64 is the 7-th centered triangular number.

It is an amenable number.

It is a practical number, because each smaller number is the sum of distinct divisors of 64

64 is a deficient number, since it is larger than the sum of its proper divisors (63).

64 is an equidigital number, since it uses as much as digits as its factorization.

64 is an odious number, because the sum of its binary digits is odd.

The sum of its prime factors is 12 (or 2 counting only the distinct ones).

The spelling of 64 in words is "sixty-four", and thus it is an aban number and an eban number.