• Sorting the digits of 266 in ascending order we obtain a prime of 19 digits.

such that the integers from 1 to

can be arranged in a circle so that the sum of two adjacent terms is a palindrome with at least 2 digits: 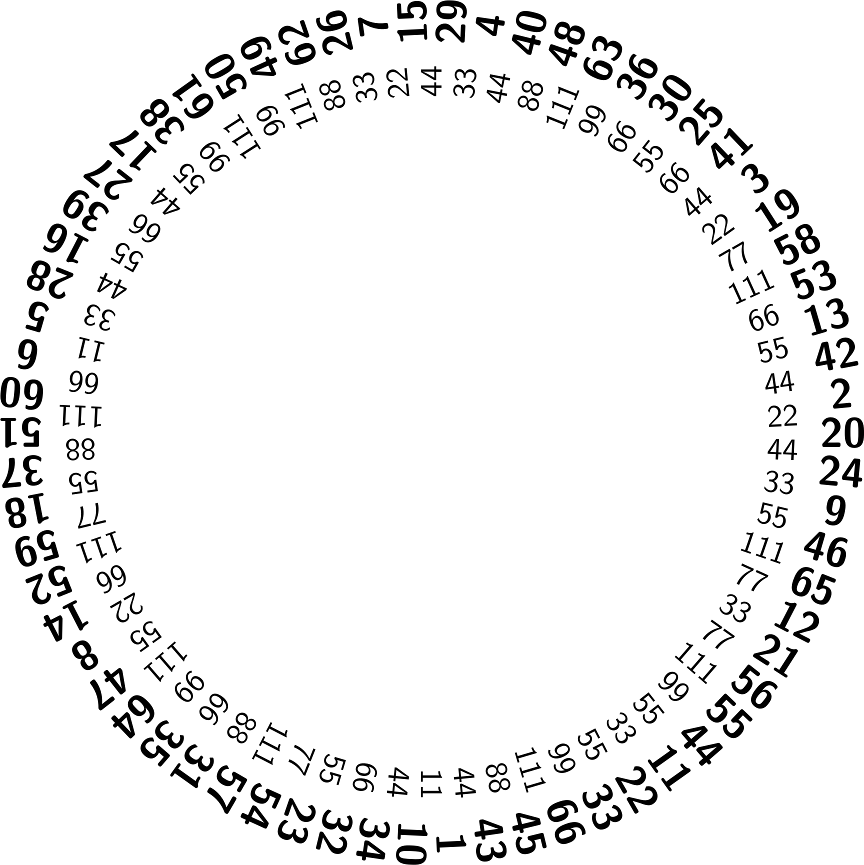 66 is nontrivially palindromic in base 10.

66 is an esthetic number in base 7 and base 12, because in such bases its adjacent digits differ by 1.

It is a sphenic number, since it is the product of 3 distinct primes.

66 is an admirable number.

It is a nude number because it is divisible by every one of its digits.

It is an arithmetic number, because the mean of its divisors is an integer number (18).

66 is the 11-th triangular number and also the 6-th hexagonal number.

66 is a primitive abundant number, since it is smaller than the sum of its proper divisors, none of which is abundant.

It is a pseudoperfect number, because it is the sum of a subset of its proper divisors.

66 is a wasteful number, since it uses less digits than its factorization.

66 is an evil number, because the sum of its binary digits is even.

The sum of its prime factors is 16.